Well after a year of joking around with Soc about getting him a honorary doctorate from AUC, we finally pulled it off (sort of). We arranged for a white coat with his name and the AUC logo to be delivered to us via a visitor. I created a honorary doctorate certificate and found a great frame for it. We even got the one of the deans to sign the certificate and come to the radio station with us to present it. It was a total surprise to him (he definitely thought we wouldn't pull it off) and it was great. We had so much fun seeing his surprise and excitement. We have had a great time getting to know Soc this last year+ and hope to call into the show sometimes. Here's some pictures from the presentation.Thanks for some great times Soc! 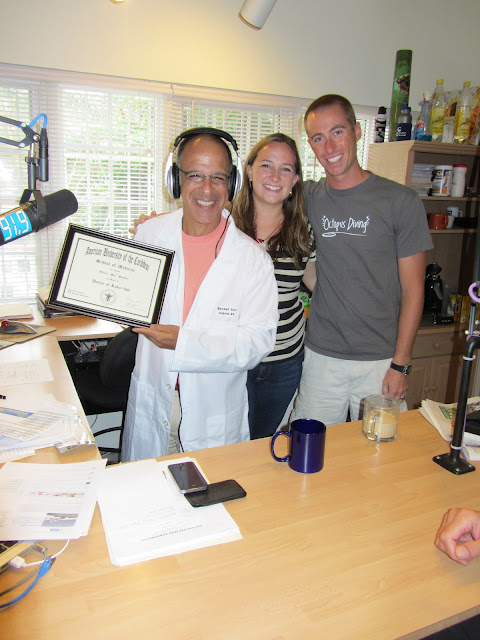 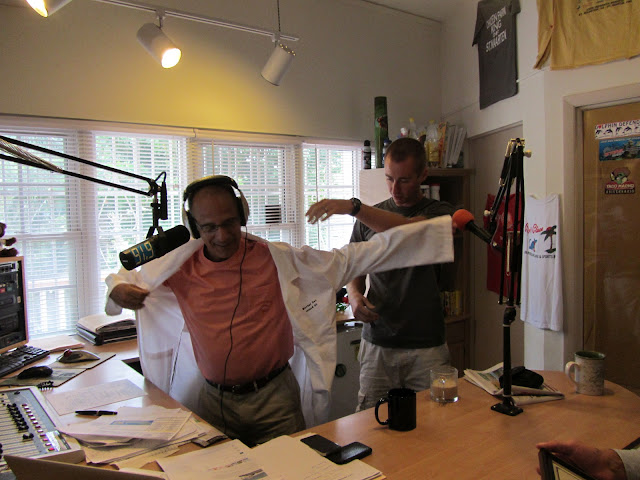 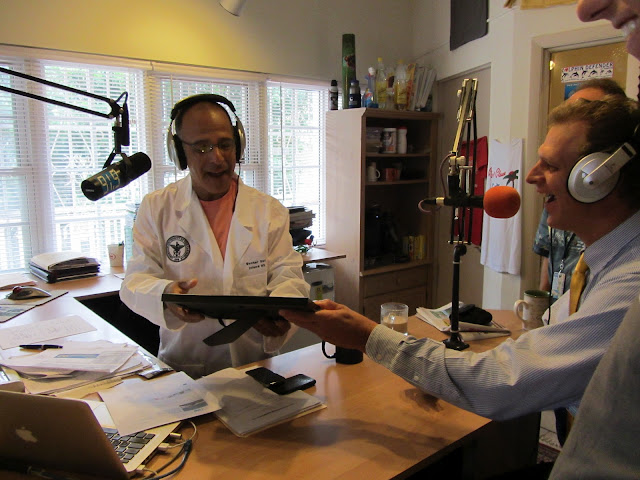 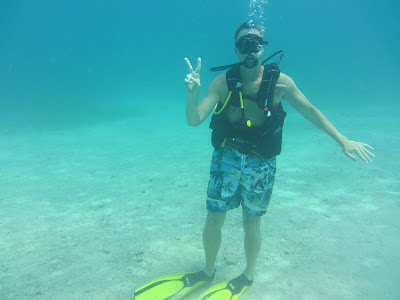 After being here almost 2 years (and being only 3 weeks away from leaving) Tony finally made it to the island! We had a nice extended weekend with him, right after Owen finished his exams.....which we found out he passed at the end of the long weekend!! So we are officially free to leave the island without having to return until graduation! Anyway it was a pretty low-key weekend with Tony. While Owen was taking his exam, I took Tony to Octopus to do a discover dive. Despite getting very sea sick, he had a pretty good time. We also watched the planes for a bit and ventured into Philipsburg for some shopping. All the touristy things :)  We spent some time at the beach, went out for dinners, and celebrated Owen's passing scores with gelato sundaes at Carousel. Overall it was a relaxing, enjoyable long weekend. Thanks for coming to visit Tony!! 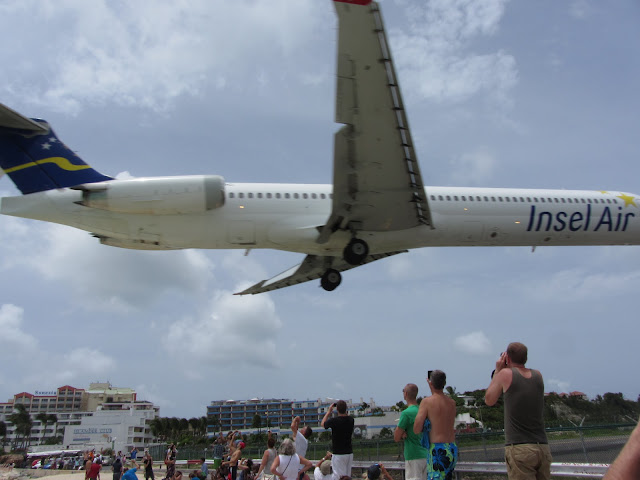 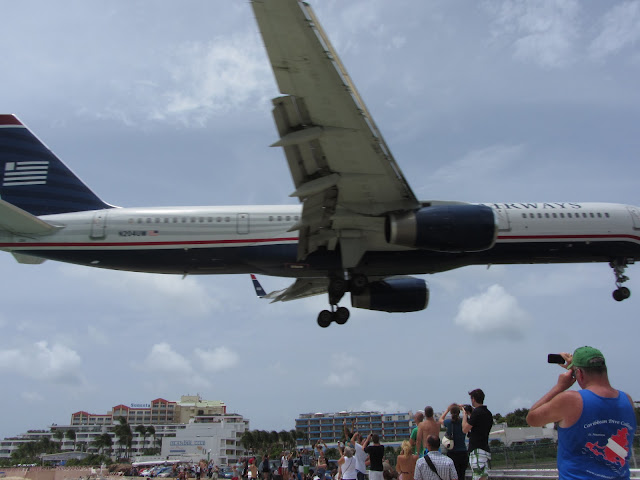 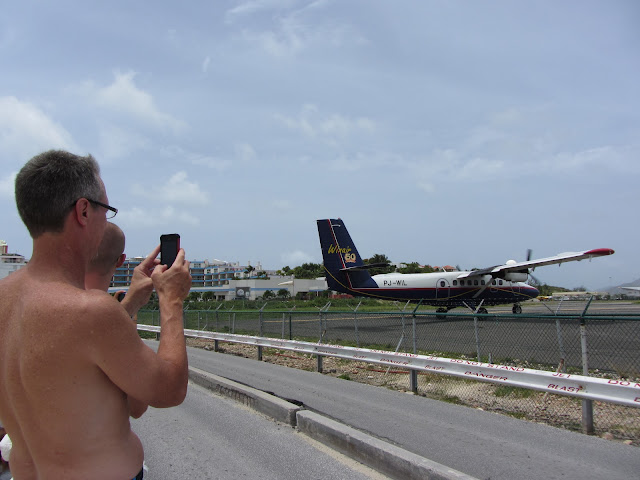 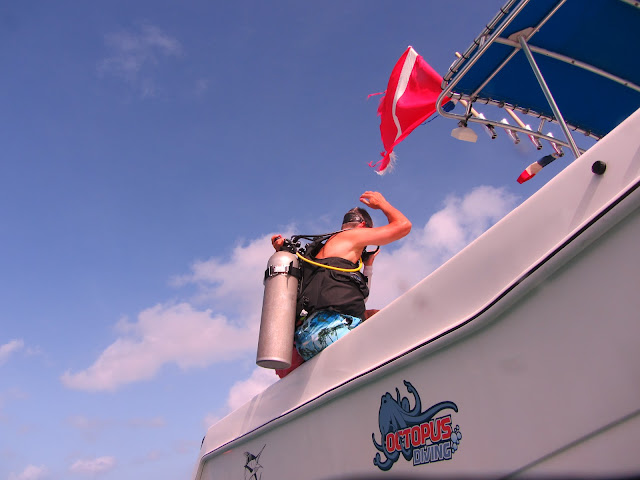 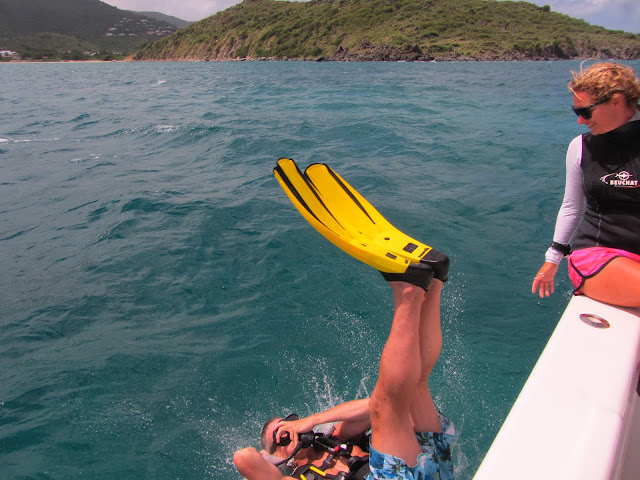 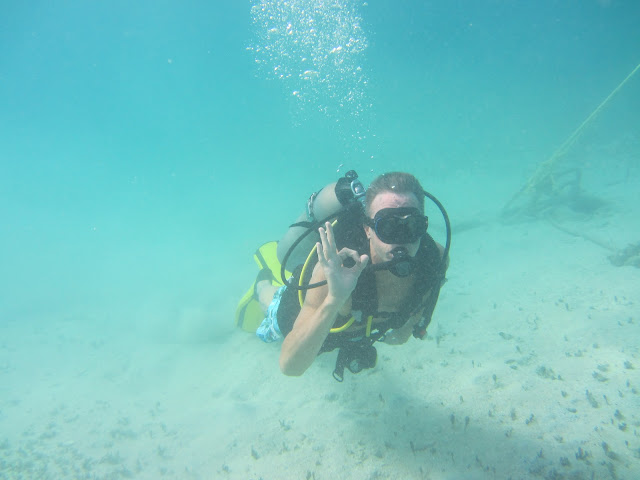 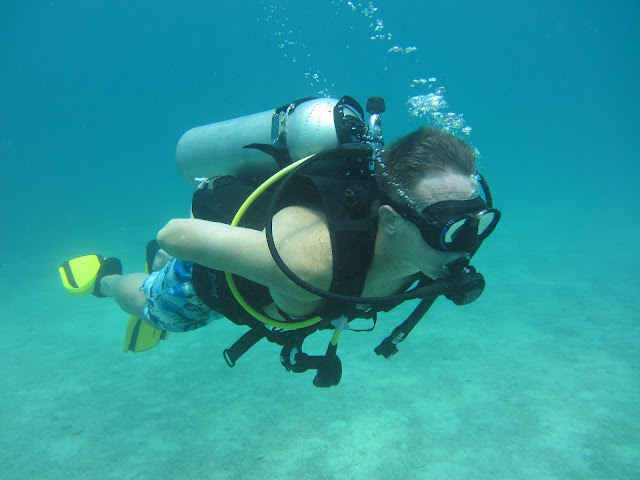 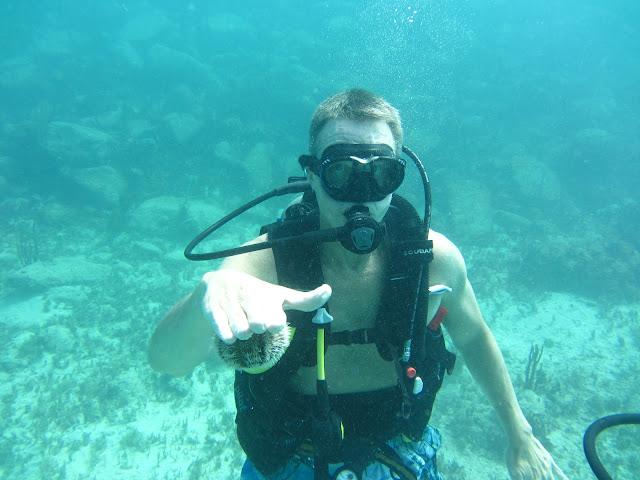 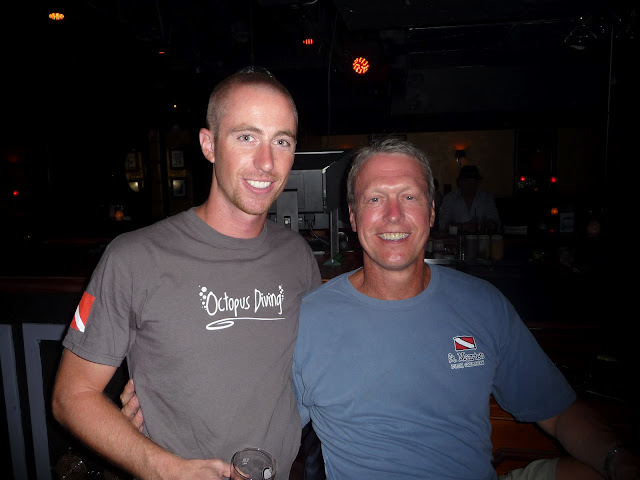