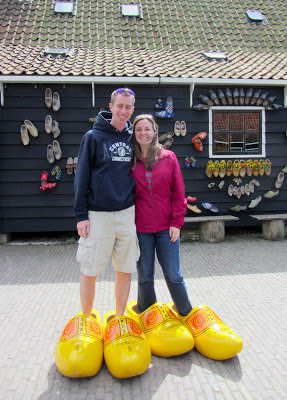 After not being able to travel as much as desired, we finally took a trip to Amsterdam! I have always wanted to see the tulips at Keukenhof so we picked Amsterdam in spring for our big trip. Since we had such a cold spring, the tulips were a bit late in blooming, but this was the last weekend we had to go since I flew back to the states the following week. However, as we discovered, it is impossible to see all the tulips bloom at the same time, since the light and dark ones have slightly different timing. Anyway we'll get to the flowers.

On Friday we arrived in the early afternoon, got checked into our hotel and decided to head to the city center. Even though it was cloudy, the rain held off and we had a nice first impression of the city. We didn't realize that it was all canals, which made it even more beautiful and relaxing than we anticipated. We heard that Dutch pancakes were the thing to try in Holland, so we found "the best pancake house" and grabbed dinner. Basically the pancakes are like crepes, but a little thicker, and really delicious! After that we went to an Ice Bar and froze ourselves for 40 minutes while having drinks out of cups made of ice. It was a fun first day exploring all the little side streets and canals of Amsterdam.

On Saturday the weather was a bit nicer so we headed to Zaanse Schaans, a windmill town just north of Amsterdam. There are about 5 working windmills there still, and the town is a traditional Dutch village, with a cheese maker, wooden clog maker, and traditional green and white houses. We went inside one of the windmills and saw how it would grind materials. We went up 4 flights of narrow, steep ladders to near the top, went outside on a platform with the windmill turning right beside us. We also went inside one that was grinding cinnamon and cloves, it smelled amazing. We spent a couple hours walking around the windmills and town area then headed back to city center for some more exploring.

On Sunday we had tickets for Keukenhof, the main reason for going to Holland. I have always wanted to see the tulips, and after Owen bought me some Dutch tulips a couple months ago, I was even more excited. We spent the morning wandering through all the gardens and greenhouses. It was a very nicely designed park with a huge variety of tulips. The greenhouses held the more unique tulips, many of which we had no idea existed. Such a variety of color, shape, size. Most looked hand-painted, others had 4-5 colors on them, others had ruffled edges, many didn't even look like tulips. After spending many hours discovering all the different tulips in the park, we walked out to the tulip fields. That was the highlight of the day and trip. The fields were even more colorful that we expected and really in bloom. This is definitely something everyone should experience, I would highly recommend visiting the tulip fields. It was also neat on the flight home, we saw dozens of different fields from the plane.

Monday was our last day in Amsterdam. It was supposed to rain but thankfully it held off. The city was very busy in preparation for Queen's Day. We spent the day wandering around the city again, doing a little shopping, and seeing all the Queen's Day prep and decorations. It was a nice end to an awesome weekend. We would definitely recommend Amsterdam to everyone. We had a great time and it is a beautiful city. So beautiful in fact that I have way too many pictures. It was hard to choose some for the blog, so here are a few and a lot more on our Picasa Holland Album. Enjoy! 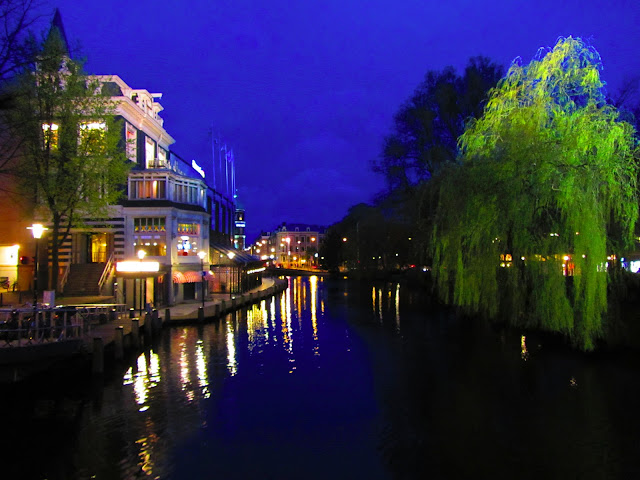 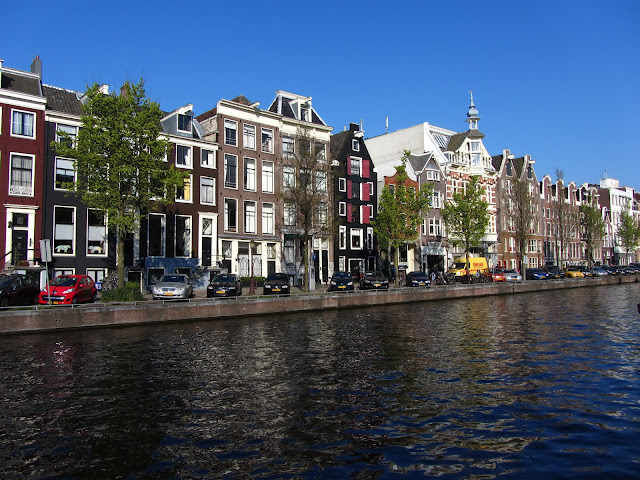 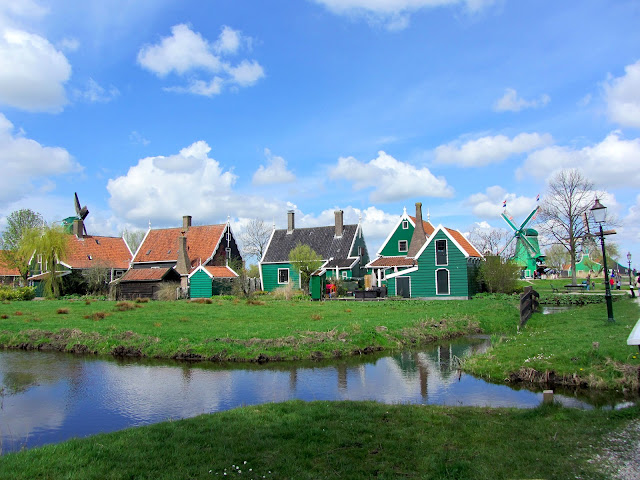 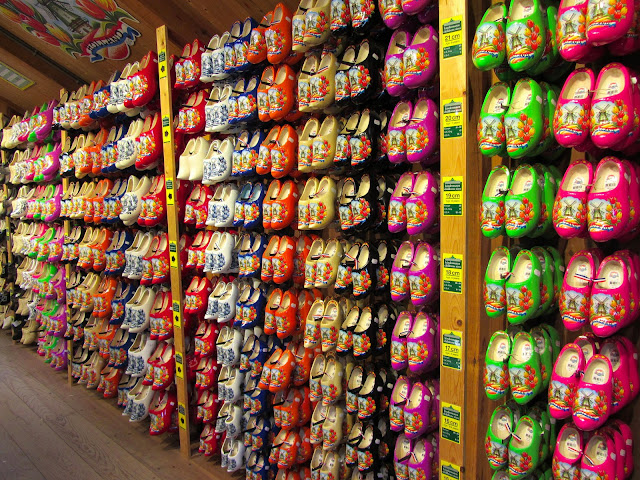 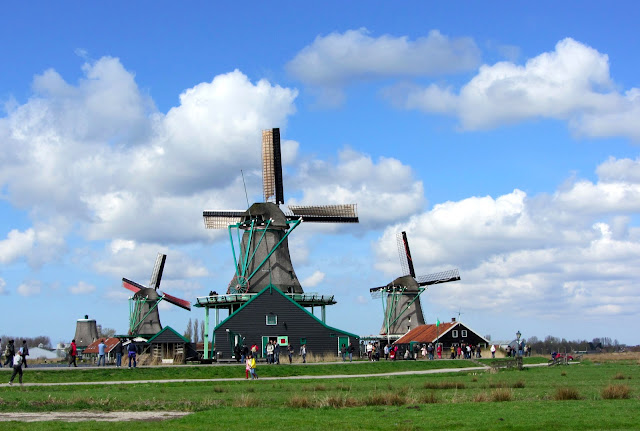 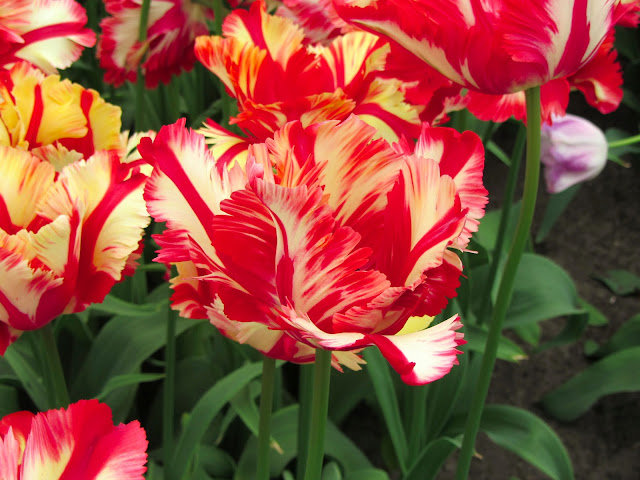 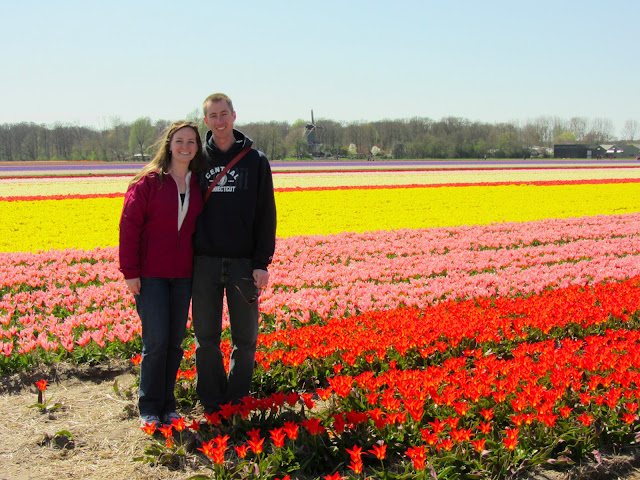 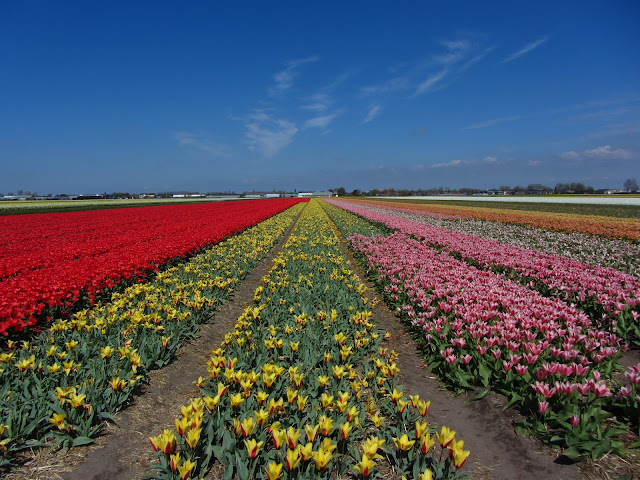 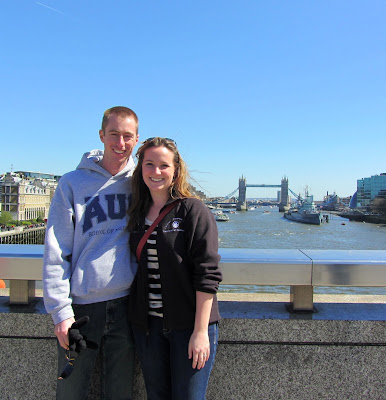 A couple Saturdays ago, Owen took his Internal Medicine exam in central London (this is a computer based exam at the end of the rotation). I met up with him for lunch when he was done.The original plan was to grab lunch at Borough Market and then head to the Tate Modern Museum. However, something rare happened. We had a warm, sunny day here in London! It was so nice that we couldn't even think of spending the day in a museum. So we did still walk around Borough Market for a bit and then decided to see the sights with the sunshine and blue skies (aka I wanted nice pictures that weren't grey and cloudy).

We walked along the Thames, down to the Tower Bridge and the Tower of London area, where we had not been yet. Although we didn't do the tour, it was still nice to see everything. Then we walked all the way back up the Thames to see the London Eye and Parliament. We spent the whole afternoon walking along the Thames, checking out different areas, watching street performers, and even getting a little sun on our faces. We had a really great day and really enjoyed spending the day outside, in the sun (obviously the Caribbean had an effect on us). So here are just a few pictures, with blue skies! Everything looks better with a blue sky (see pictures from our first trip to central for the comparison). 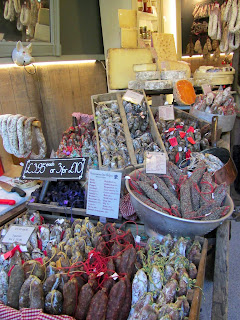 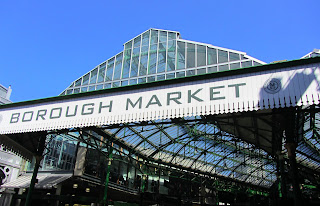 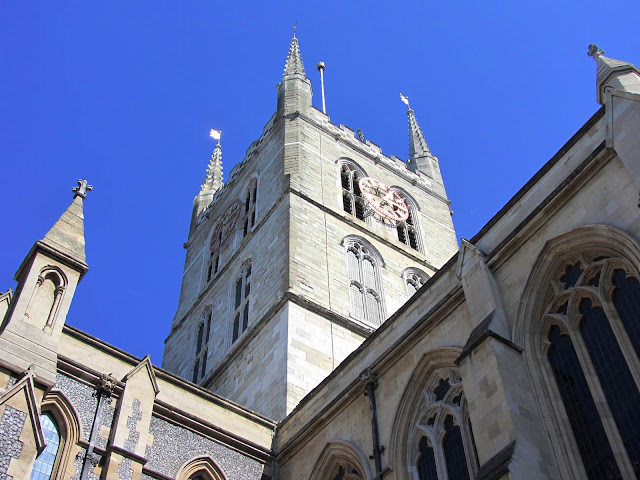 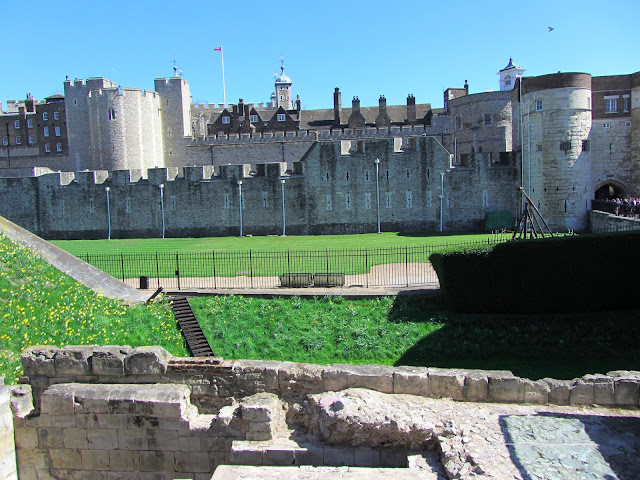 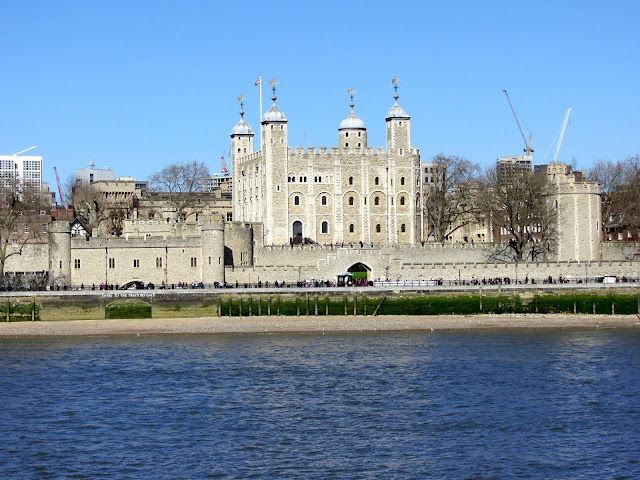 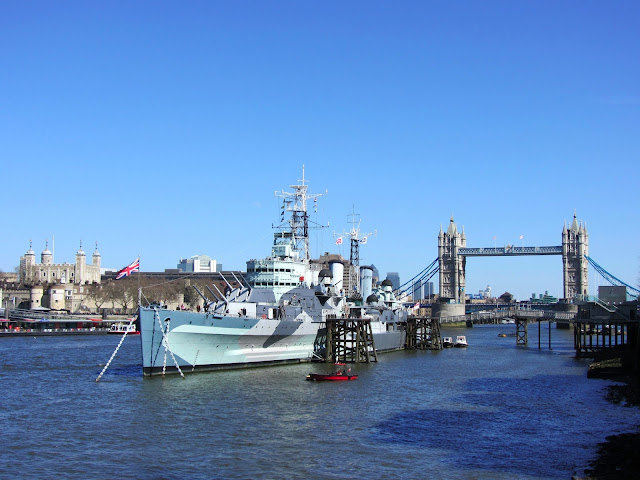 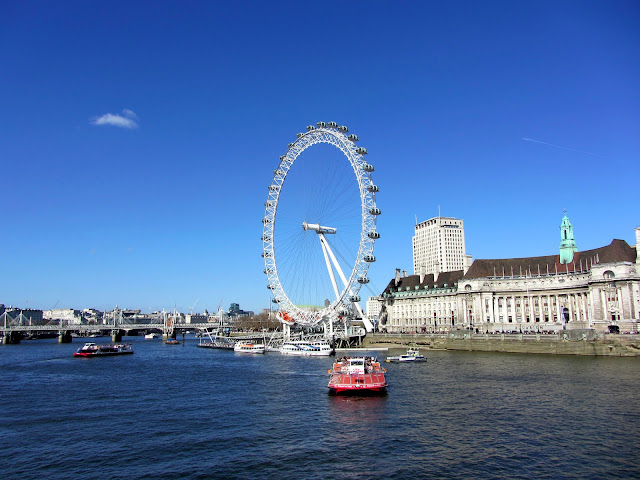 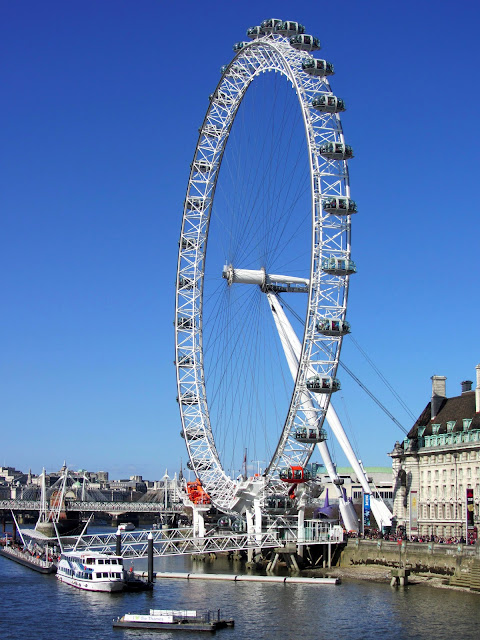